Your browser is out-of-date!

Update your browser to view this website correctly. Update my browser now

With speakers from all around the world lined up at mcb tech .19 the audience were given inspirational talks about dark data, digital development, intelligent new technology and product discovery. We are confident that the attendees left the conference with new impressions and insights.

A Dark Data Quest
High on the agenda were the dangers and pitfalls of intelligent technology, as well as good governance. Professor David Carroll, the New Yorker who exposed Facebook’s Cambridge Analytica scandal, shared his Dark Data Quest: What he learned chasing his Cambridge Analytica voter profile across the Atlantic, and why data rights are the new civil rights.

Carroll took the owners of Cambridge Analytica to court after the company secretly had collected data from 87 million Facebook users. These data were used to make political profiles, and through targeted political marketing they tried to influence elections such as the US presidential elections 2016 and the Brexit election. Carroll tried to recapture his hidden voter profile and discovered along the way that he as an American citizen had few or no rights to obtain this. 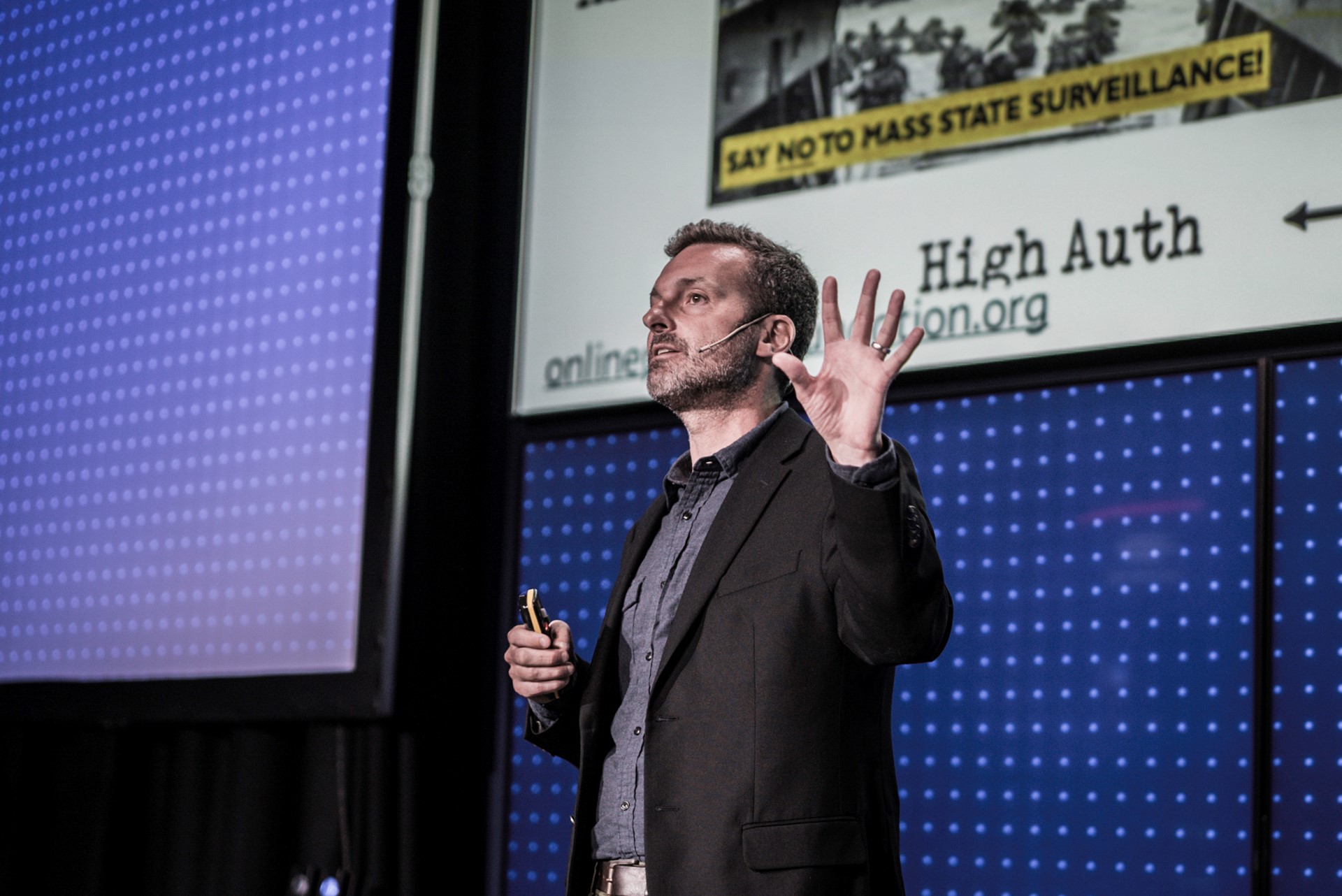 - There is a lot of enthusiasm around AI. But there is also a dark side. As little as 170 Facebook-likes is enough to predict your ethnicity, gender, sexual orientation, and whether you drink, smoke or use illegal drugs. If your parents are divorced, and which political party you are most likely to vote for. This data abuse is a threat to democracy, Carroll explained.

Carroll's Dark Data Quest made an impression on the audience.

- It was both interesting and shocking to learn how it actually went down. It is terrifying to see how our data could be used to threaten our democracy. I am comforted that we have people like Carroll that takes on this fight and brings it to the public, said Alf Gunnar Andersen, CEO, Horde.

- Today, it is possible to write a fake speech, delivering it with a fake voice, and a fake face. This is a powerful tool for manipulation, she said.

Khanna lives and works in Singapore, the city state which in recent years has emerged as a leading global innovation hub. According to her, other governments have a lot to learn from Singapore, when it comes to governance and ethics for AI. It is something that the government is taking very seriously. 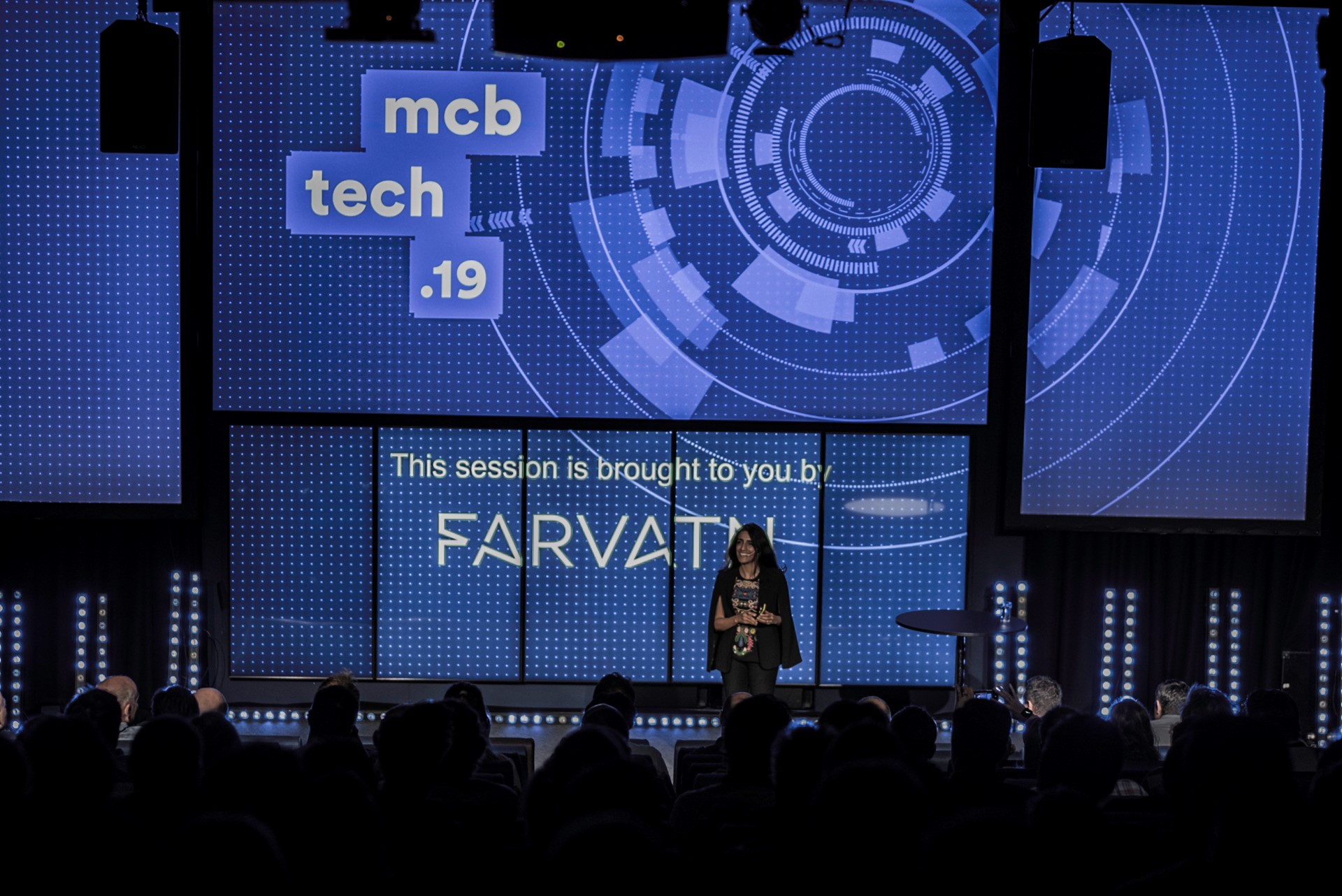 - When venturing into the unknown, it is tempting for leaders and managers to hold on tight, and monitor their teams closely. But if you want to achieve extraordinary things with ordinary people, you need to let go. You need to trust and empower your people, especially the product-teams, to solve problems for your customers, not for the management, he said. 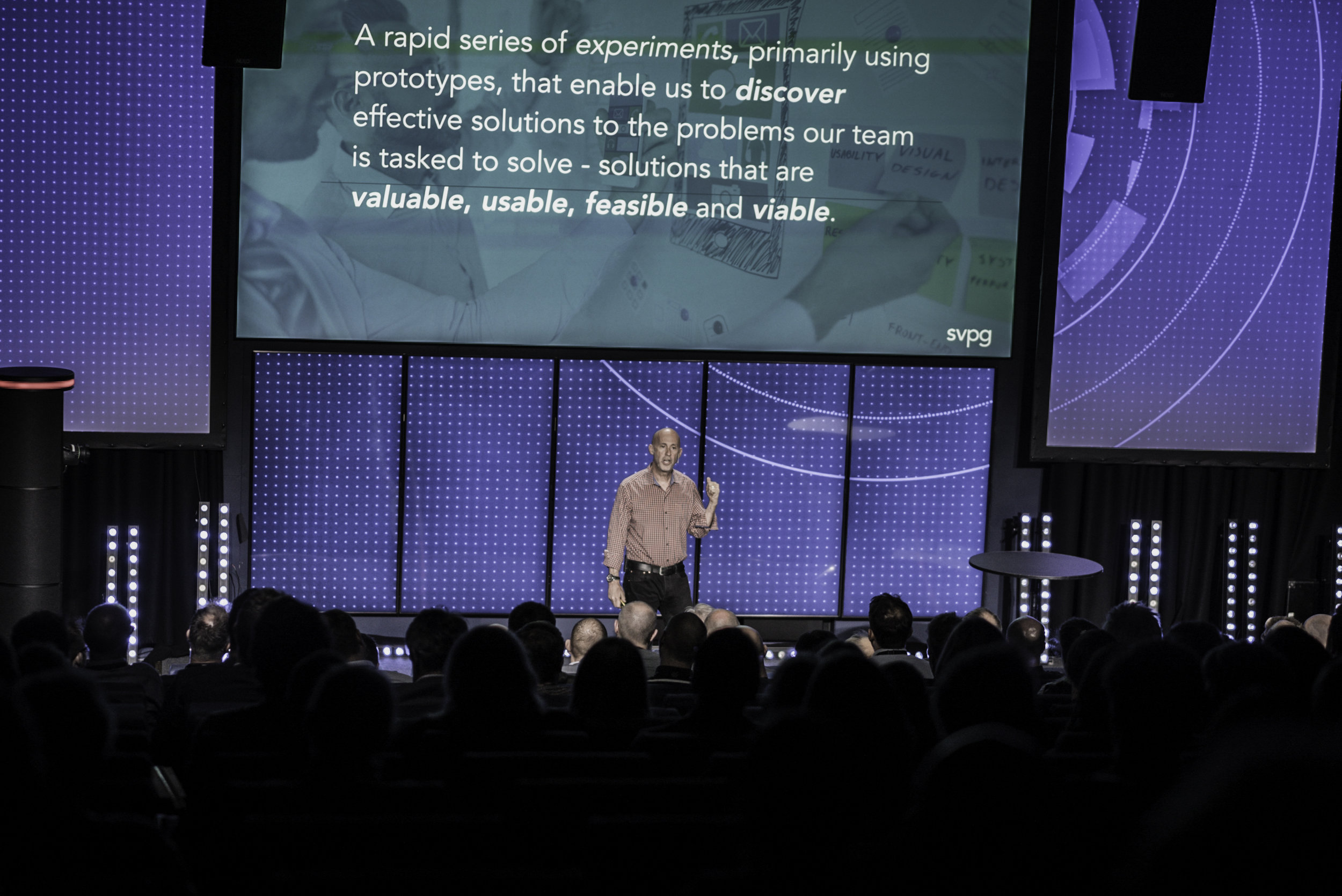 Marty Cagan also held a sold-out workshop for members of NCE Finance Innovation and NCE Media the following day, where he shared his insight and expertise on Product Discovery to 50 participants. One of them, Ketil Moland Olsen, VP Product Management in Vimond, had been looking forward to this for a long time.

- Marty Cagan has been the north star of the product community for as long as I can remember, and being able to watch him live in my home town of Bergen is a dream come true. Cagan did not disappoint, either – the full-day workshop he hosted at MCB is, without doubt, the most intense and knowledge-heavy learning session I have ever attended, Moland Olsen said. 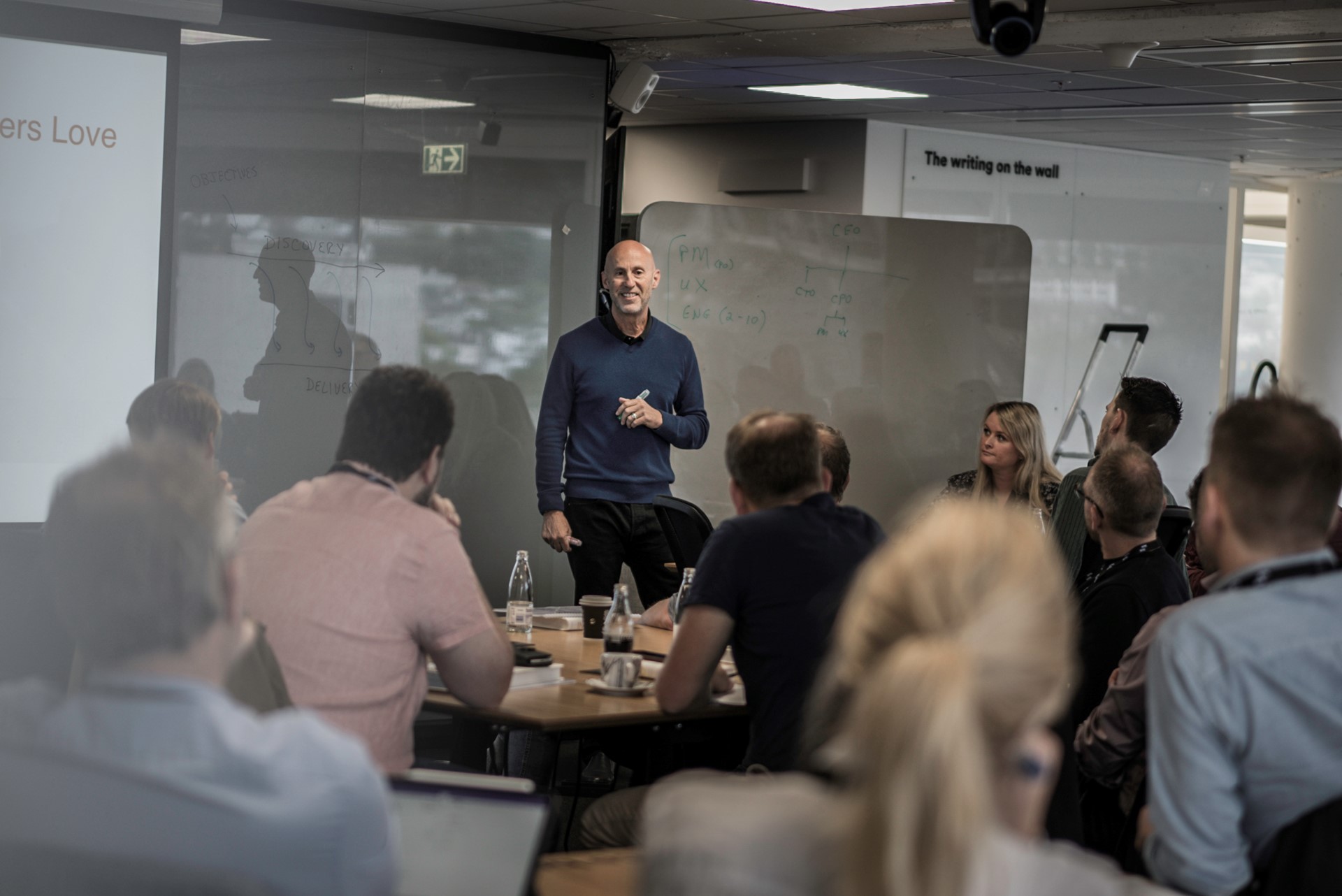 – It was genuinely inspirational in every way. Kudos to our friends at NCE Media and NCE Finance Innovation for making it happen – I hope that “Cagan in Bergen” will become a yearly tradition from now on, Moland Olsen said.

The Norwegian Cognitive Centre
This years conference also kicked off one of the largest cross-industry initiatives in the history of the region: The Norwegian Cognitive Centre. The consortium behind the center comprises of The City of Bergen, GCE Ocean Technology, NCE Finance Innovation, NCE Seafood Innovation, Bergen Chamber of Commerce, VIS Innovasjon, Helse Vest, and IBM, in addition to NCE Media, who initiated the project. At mcb tech .19 representatives from the consortium launched the center with a digital cornerstone ceremony. 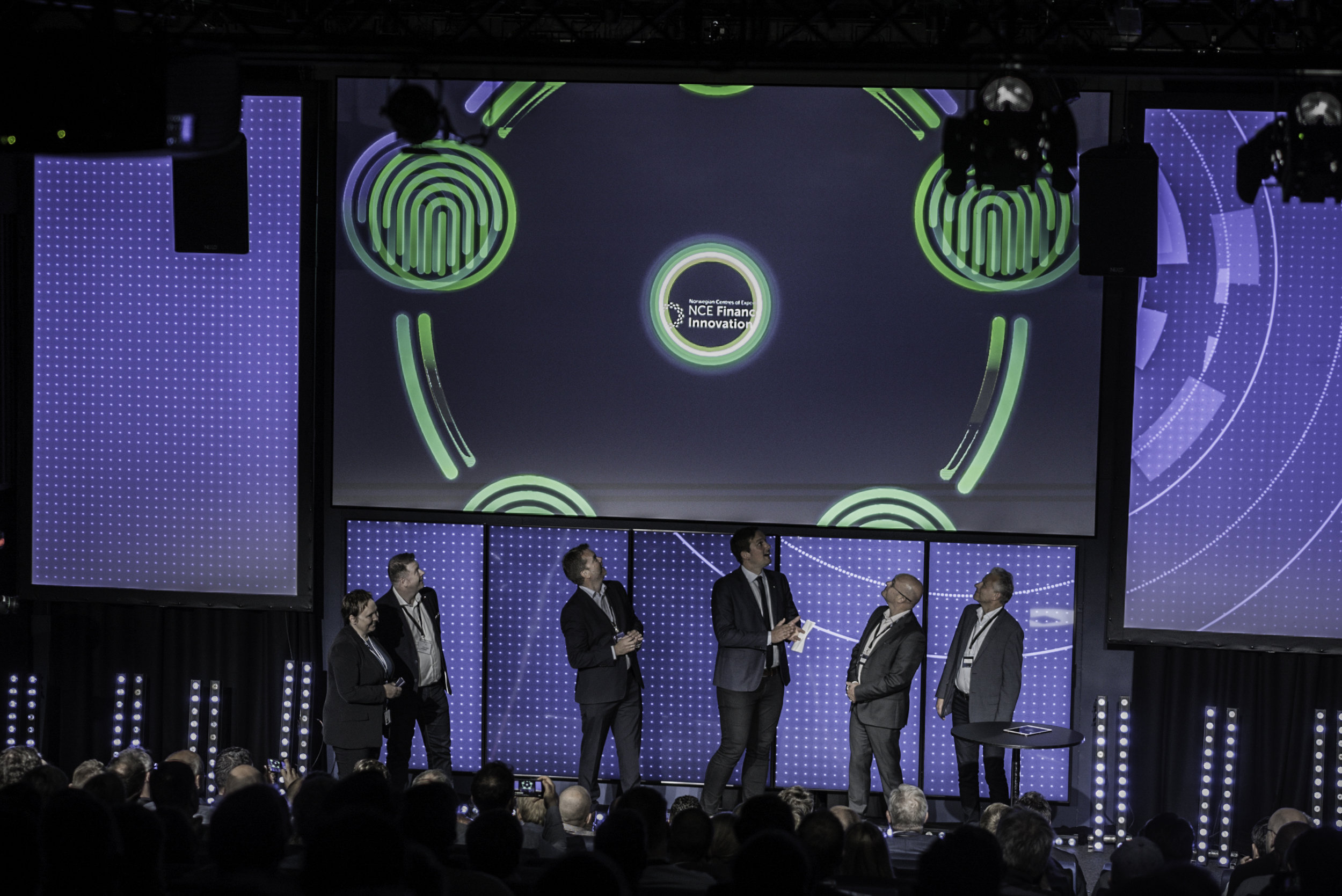 Partners laying the digital cornerstone for the new cognitive center in Bergen, during the mcb tech conference.

Get a glimpse of the insightful and inspirational day at mcb tech .19:

Cooperation for the common good – are the banks ready to open up?